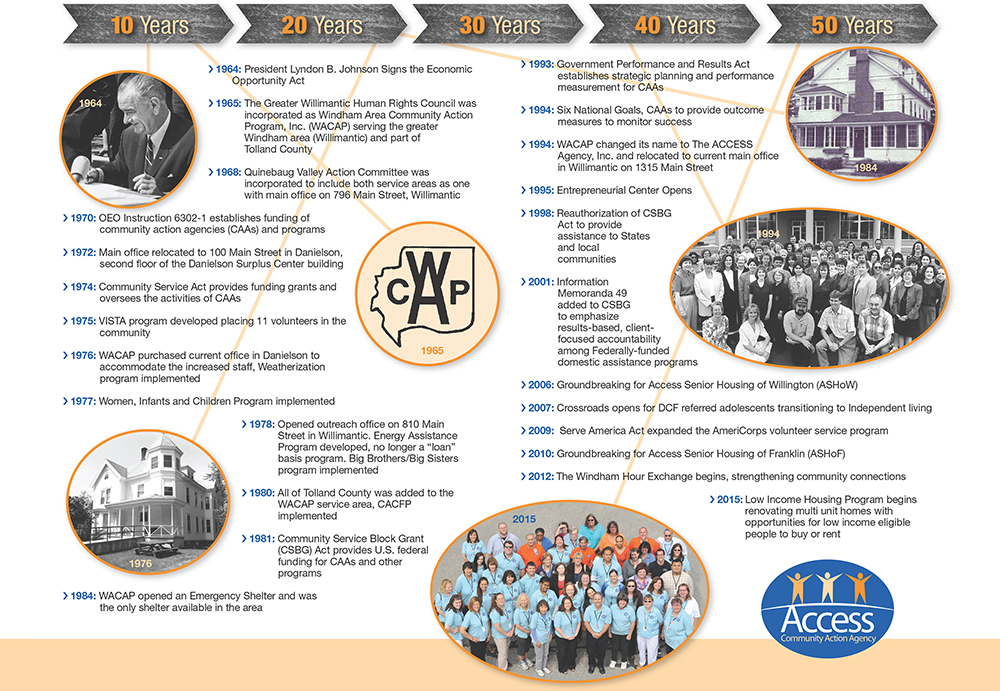 In 1961 President John F. Kennedy’s “new frontier” included support for programs designed to prevent juvenile delinquency and reduce poverty. After President Kennedy’s assassination, President Lyndon B. Johnson vowed to carry forward and expand the plans and programs of his predecessor and declared a “War on Poverty”.

At the same time this “War on Poverty” was being declared in Washington, groups were meeting in Windham County to address the needs of people locally. In 1965 The ACCESS Agency, Inc., originally incorporated as the Windham Area Community Action Program, Inc. (WACAP), was created to provide opportunities that assist low-income families in distressed communities in achieving economic independence.

The Access Community Action Agency continues to be guided by our founding principles as we work to meet basic human needs, facilitate positive at-risk-youth development and build capacity for income and asset accumulation for residents of Windham and Tolland Counties and beyond.

Click here for a history of Community Action in the United States and in Connecticut.